Sweden has a longstanding tradition of high quality education and it has dedicated great efforts into opening up their educational models and materials. Here you will find a summary of Open Education Initiatives in Sweden. If you want to know more about education in Sweden and the historical and political background read the complete version of this Article in our blog.

The Swedish Association for Distance Education (SADE) is a professional organization for all those involved in distance learning and flexible learning in Sweden, including open education, OER, and MOOCs. SADE was founded in 1984 with the mandate of broadening the knowledge and development of flexible education and distance learning. The members of SADE meet colleagues from schools, universities, organizations, and companies in the education sector in Sweden. SADE gives them opportunities to build personal networks and establish important contacts.

SADE activities include the following: SADE coordinated the BOLDIC (Open Learning Resources Online) project, which was funded by the Nordic Council of Ministers for over ten years. The general purpose of this project was to deepen and extend the cooperation between Nordic and Baltic organizations for distance education, flexible learning, and e-learning by opening the community of new partners from both the Baltic and the Nordic countries. SADE aims to continue and develop the earlier project, BOLDIC Perspectives Online.

One of the aims of BOLDIC is to nominate and award good examples both in the Baltic region and worldwide.

EdTech Sweden considers that it is time to move from words to action to create an arena for the understanding and use of educational technology, as well as ensuring that educational managers and policy makers understand the importance of the “switch.” It is necessary to coordinate expertise in developing solutions that work and strategies for how they are implemented, which will empower the learning processes at all levels.

There are many ways to freely watch, and listen to programs broadcast by theSwedish Educational Broadcasting Company (Utbildningsradion Skola UR) such as the Knowledge Channel (Kunskapskanalen), the Swedish Televison, channels (Sveriges Television SVT) channels, and The Swedish Radio (Utbildningsradion UR). Many of those free resources are frequently used on daily base in education, but also by people in geneal.

In Sweden, there is a growing interest in open publication and the sharing of open educational resources, but the pace of development remains rather slow, especially on policy and strategies. Moreover, universities, academic management, and teaching staff have many questions about OER. Teachers in all educational sectors require support and guidance to be able to use OER pedagogically and with the focus on quality. To realize the full potential of OER in students’ learning, it is not enough to make use OER randomly. These resources must be applied in context.

The aim of the first project was mainly concerned the dissemination of OER: why, how, and for whom. The project was mainly conducted through webinars and seminars. Nine universities, led by Linneaus University and Lund University, were involved in the OER network. The project stimulated an open discussion about collaboration in addressing issues regarding the infrastructure of open online knowledge sharing. The latter project, a network of ten universities led by Karlstad University arranged a series of open webinars during the project, which focused on the use and production of OER. A virtual platform for Swedish OER initiatives and resources was developed. The project focused on the effects of OER on teacher trainers and decision makers.

The objectives of the project were as follows:

The webinars focused on the following areas:

Although both projects are completed, the network and the webpage OER Sverige continue to operate. The network still runs webinars that reach not only a nation-wide target group but also learners abroad, especially if they are in English. The objectives of both projects were achieved.

The project Policies for OER Uptake (POERUP) was partially funded by the EU from late 2011 until the end of June 2014, under the EU Lifelong Learning Programme Key Activity 3 ICT, which was led by Sero Consulting. Researchers from Sweden contributed to the POERUP project by compiling a comprehensive Swedish report. (6)

The project Adult Education and Open Educational Resources (ADOERUP) consisted of a study conducted by Sero Consulting to produce a “Note” (i.e., a short brief) (8) for the European Parliament Culture and Education Committee on the use and potential of OER for adult education and adult learning. Swedish reserachers contributed by compiling a comprehensive report on ADOERUP in Sweden. (9)

Swedish Universities (e.g. University of Gothenburg) was involved in the 3-year network (January 2014- December 2016) supported by action KA2 Languages of the Lifelong Learning Programme, European Commission. The project aimed to investigate how less used languages, including regional and minority languages, benefit from Open Educational Practices (OEP), and how OER) can be shaped to foster linguistic and cultural diversity in Europe. In addition, the project aimed to investigate what policies are favorable for the uptake of quality OER in less used language communities.

Swedish Universities (e.g. Lund University) were involved in the 2-year network on NordicOER in 2013-2015, financed by the Nordic Council of Ministers. The project build on the Nordic OER Alliance which was a network of individuals representing stakeholders and institutions supporting uptake, adoption and collaboration around Open Education Resources. The Alliance had a 3 - 5 year perspective, and planned actions to sustain a broad awareness, knowledge building and networking platform.

The main objectives were to:

Massive open online courses (MOOC) have been conducted in Sweden since 2013. However, the precursors of MOOCs were first offered in 2003, mainly at Swedish universities and colleges. An example of an early MOOC is the KTH Royal Technical University and Stockholm University joint preparatory course Sommar Matte (summer maths) (12), which has been held since 2003 with an intake per course of 10,000 participants. The course is based on a combination of automatic correction and group assignments that students solve together. Another early pioneer of MOOCs was Jönköping University College, which offered two courses, Digital Imaging and Photography - Visual Communication, both of which were taken by 25,000 students between 2007 and 2012. The courses included a large amount of video-based instruction that was tutored largely by former participants. The examination was based on students’ written reflections on their learning. Karlstad University was also an early provider of MOOC-inspired courses in collaboration with the National Agency for Education with technical support from Lillehammer University College. Courses on assessment and rating were offered to practicing teachers and as of June 2015, nearly 20,000 participants had registered in these and other courses:

However, although Sweden had a head start in e-learning, the development of MOOCs has been slow compared with other countries because of the lack of interest from government agencies and educational organizations. In spring 2015, the government commissioned the UKÄ to analyze the opportunities and the obstacles to the introduction of web-based open courses (i.e., MOOCs) in Swedish colleges. UKÄ also explored ways that the educational programs, including open online education, could be broadened. UKÄ’s mission included developing proposals for ways in which MOOCs could be accommodated within Swedish universities and the consequences of their inclusion in the post-secondary curriculum. The investigation was completed in 2016. UKÄ stated that Swedish universities and colleges as well as universities in other countries should be given the opportunity to organize open online education in the form of MOOCs. UKÄ also said that the courses should include new opportunities to provide knowledge to large groups in society and that such courses could help to tackle major societal challenges. An example is the current challenge of integrating people fleeing their countries and seeking refuge in Sweden. Other rationales are marketing of universities more internationally, for student recruitment and research collaboration. Per UKÄ, MOOCs have several advantages for technology and pedagogy in regular programs, especially in combination with local seminars and local examinations. Investment in MOOCs will boost online education. UKÄ also found that digital pedagogy and open access, including OER, might need support to develop. (13)

The investigation also asked universities whether they offered MOOCs or planned to do so. The following universities stated that they provide or have provided MOOCs:

The following universities stated that they planned to offer MOOCs:

MOOCs at the Karolinska Institute:

OpenSNH (Collaboration network for netbased higher education) [Samverkan för näbaserad högskoleutbildning SNH] is a repository for open academic OER. The opensnh.se website is an initiative by two Swedish universities and UR to provide open educational resources under thematic topics that would allowing their use and reuse in different ways. In the OpenSNH platform, material also has been included from several other Swedish universities based on an agreement with OpenSNH. SNH is member of the Sustainable Development Solution Network (SDSN). 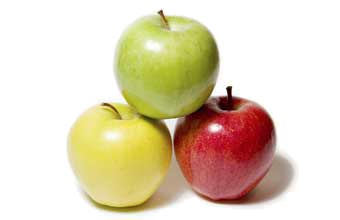 Members have access to the forum and the web links of all members. In lektion.se, both individuals and organizations can upload and view OER. This resource is provided by volunteers. Currently, there are over 253,000 members. Both teachers and learners use daily free open available resources for teaching and learning.

Länkskafferiet (the Link Pantry) has links to more than 4,500 sites and other digital learning resources that are suitable for schoolwork. (16) Users choose a topic or a theme that matches a question, or they enter words in the search box. Länkskafferiets’ target groups are students, teachers, educators, and librarians. Even parents can benefit from Länkskafferiet. UniPoll AB has run Länkskafferiet since the summer of 2015, and it constantly updates the content.

Webbstjärnan (the Web star) provided by the IIS, Internet Foundation in Sweden, is making a difference for schools, teachers, and students. By Webbstjärnan IIS aims to support the work of school teachers in the use of internet and free open resources, so teachers should be able to feel safe and confident in using the internet as a tool to publish, create school projects, and to create personal websites.

Open government partnership, open access, and digitization are the highest priority in Sweden. Nevertheless, no national special policy or strategy exists on OER. On one hand, the use and promotion of OER is implicit in the country’s open agenda. On the other hand, an explicit agenda does not exist in educational organizations. Therefore, educational organizations and individual educators are responsible for choosing learning materials that are both copyrighted and freely accessible. Although initiatives are flourishing, they are mainly local. Consequently, the benefits of a coordinated strategy and vision are lacking.

The Digitization Commission was established by the Swedish government in 2012 to analyze and monitor progress in terms of meeting the ICT policy goal that Sweden should become the best in world at exploiting the opportunities of digitization. The Digitization Commission is also tasked with presenting proposals for new policy actions, highlighting the benefits associated with the digital transformation, and sharing best practices. It is also responsible for managing the signatories of the Digital Agenda, which are companies, not-for-profit entities, and others who have agreed to work in line with the objectives of the ICT policy goal and monitor the progress in implementing regional digital agendas. However, the remit of the Digitization Commission ended 31 December 2016. The Digitization Commission is not alone in its examination of digitization opportunities and challenges. The group Analysis Work in the Future is one of three groups that produced the first interim report, which was based on how digitization changes the labor market. In 2015, Swedish Enterprise published Opportunities and challenges, a report on the economy and digitization. (19) In Sweden the use of open resources are growing in all sectors, both in society as such, but also in the educational sectors. Several higher education institutions are currently working on strategies for opening up education, the use of OA and OERs and MOOCs.